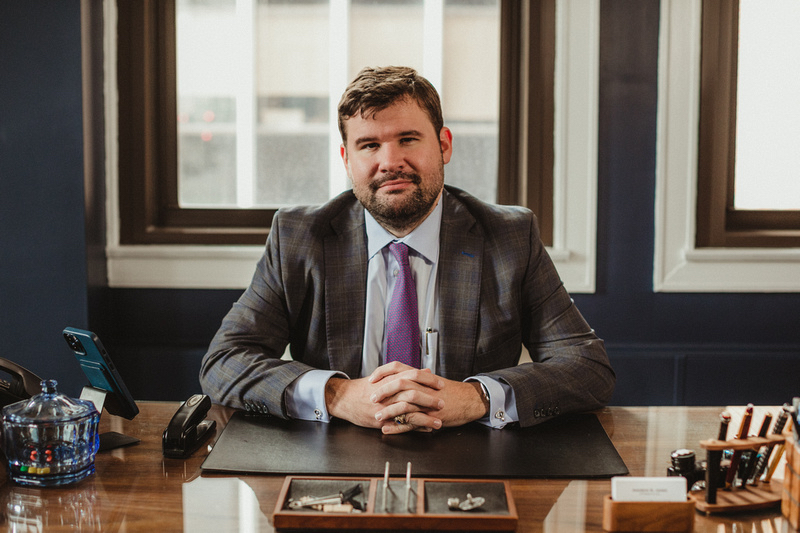 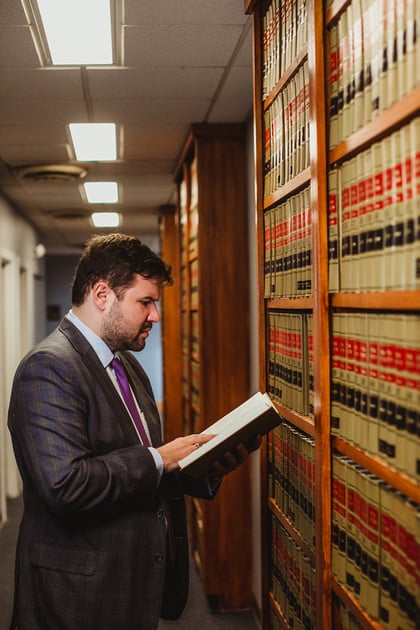 Andrew B. Jones is one of only a few trial attorneys in St. Joseph County to have served as lead counsel at trial in both civil and criminal defense matters.

Andrew B. Jones focuses his practice on personal injury and wrongful death claims, medical malpractice claims, counseling small businesses, criminal defense, domestic relations issues including divorce and child custody, civil collection work, and several other types of civil practice. He has been named one of the “Top 40 Under 40” Attorneys in the State of Indiana by the National Trial Lawyers and has been awarded several other accolades for his legal advocacy. He also serves as a Professor at the University of Notre Dame, teaching at the Mendoza College of Business, which has been ranked by Bloomberg as the top undergraduate business program in the entire United States. He has also taught courtroom advocacy and trial evidence.

Andrew is the eighth generation of his family to call Northern Indiana home. He was born in Mishawaka, Indiana and attended Elm Road Elementary School before moving to South Bend and graduating from Marquette Elementary School. He graduated from John Adams High School in South Bend, where he served as Editor-in-Chief of both the school yearbook and newspaper. It was through his involvement with the Indiana High School Mock Trial competition that Andrew realized his dream of becoming an attorney and after graduating, he stayed involved with the John Adams Mock Trial program as an attorney coach. This involved volunteering hundreds of hours each winter and spring. The team coached by Andrew, Professor John Scanlan, South Bend Attorney Erin Linder and Drama Coach Lucas Burkett won both the Indiana State Championship and the National Championship in 2011, and Andrew served as Chairman of the Logistics Committee for the 2013 National High School Mock Trial Championship that was held in May, 2013 in Indianapolis.

Andrew holds a Bachelor of Arts degree (B.A.) in Political Science and Philosophy, with honors, from Butler University, a Juris Doctor degree (J.D.) from Boston College Law School, and a Masters of Business Administration (M.B.A.) from the University of Notre Dame. While studying at Butler University, Andrew served as the President of the Philosophy Club, Student Body Vice President, and President of the Mortar Board Senior Honor Society. In addition to serving as President of his fraternity, Lambda Chi Alpha, Andrew was elected Chairman of the Lambda Chi Alpha International Fraternity Council of Presidents. While serving in this position, Andrew represented over 220 chapter presidents and was a member of the international fraternity’s 14 member board of directors. He also worked at the Butler University Center for Citizenship and Community where he coordinated service learning opportunities for Butler students, as a resident assistant (“RA”), and as a research assistant for a political science professor. Research Andrew performed has since been published. He was named a “Top 100” Butler Student twice, finishing as one of the “Top 10” Male Students.

While studying law, Andrew worked as a Judicial Law Clerk in St. Joseph County and as a Certified Legal Intern for the St. Joseph County Public Defenders’ Office, where he won his first trial while still in law school. He participated in the Boston College Law School 34th Annual Mock Trial Competition and also undertook two semesters of independent study and research with a family law professor. Research Andrew performed has since been published. Andrew had the privilege of studying trial practice under Jack Curtin, a legendary trial attorney and the former President of the American Bar Association. Andrew was the only second year law student to ever earn an “A” in Professor Curtin’s 45 years of teaching trial advocacy. Prior to founding his own firm, Andrew practiced as an associate with Sweeney Julian.

Watch Attorney Andrew B. Jones's testimony in the Indiana Statehouse in support of Senate Bill 234.

SB 234 is sponsored by Sen. Linda Rogers and would provide oversight into the payroll processing industry, including the following:

Attorney Jones is the first attorney to have filed a lawsuit on behalf of IOI customers that were payroll fraud victims of Elkhart-based payroll company IOI, Interlogic Outsourcing, Inc., and its owner, Najeeb Khan. Mr. Khan is the perpetrator of a 20-year, $100-million payroll fraud scheme that has affected over 6,000 victims in the United States. Attorney Jones represents 87 businesses in litigation against IOI and Mr. Khan. Attorney Jones is strongly in favor of SB 234, as it would put legislation in place to protect businesses entrusting payroll companies.